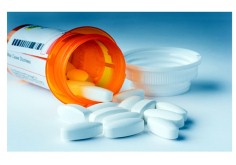 The City of Cape Town is pleased with the progress of a City Health initiative to improve service delivery to residents. Since 2011, City Health, in partnership with the Western Cape Government's Department of Health and the Institute for Healthcare Improvement, has rolled out a number of anti-retroviral (ARV) clubs at treatment facilities across the city.

The idea, which was first piloted by Doctors Without Borders in Khayelitsha in 2007, has stable patients report directly to the club room at their appointed facility where their symptoms are checked and pre-packed medication handed out."The ARV clubs are a World Design Capital 2014 project, showcasing an innovation which reduces the time patients spend waiting for ARV medication, eases the pressure on congested facilities, and enables staff to focus on sick patients. More than that, it also makes it easy for patients to continue treatment and reduces their risk of defaulting and becoming sick again. This is very significant, given South Africa's ongoing battle with HIV," said the Citys Mayoral Committee Member for Health, Councillor Benedicta Van Minnen.

At the end of June 2014, there were nearly 115 000 people in the Cape Metropole receiving ARV treatment. Of these, nearly 28 000 were receiving their medication via the more than a thousand ARV clubs at 44 anti-retroviral treatment facilities.

The ARV club system sees stable patients divided into groups of about 30. They are given an appointment time and go straight to a club room with their card. There they are weighed and have a symptom check. For routine visits, they leave the clinic with their pre-packed medication, usually within 30 minutes. They are also able to engage with other patients about HIV-related issues, which allows for some firm friendships to develop.